What I Learned Rewriting The Bible

“This may be the first Bible a new believer owns.”

I sat stunned when I read these words just moments after I signed on to an incredibly refreshing Bible project called, The Voice Bible: Step Into the Story of Scripture

. What had I done? Signed on to re-write the Bible? Well, kinda, sorta? What the what?

I know now what I couldn’t have known then; “re-writing” the Bible allowed me to read it better. Here’s how that happened.

In the Spring of 2001, my friend, Chris Seay, invited me to join a group of musicians, artists, poets, pastors, and story-tellers assembled to bring a fresh perspective to the Scriptures. On it’s face, re-writing the Bible seemed sacrilegious or impious or something. After all, the Bible is the Bible is the Bible, right? But upon further review, Chris’ grand vision was the same one perceived by faithful Christian men and women since the days of Guttenberg; that contemporary Christians and seekers would have a Bible which spoke their language. Chris sensed what many before felt, after a while, dusty, threadbare language needs repair for emerging generations. The drive behind The Voice Bible was just that simple; we weren’t re-writing the Bible, we were refreshing it.

The Word is Flat

If you’re like me, nearly every scripture you’ve memorized is tucked into your mind in the lofty but superannuated language of the King James Version. In fact, for some folks, the KJV isn’t merely a translation of the Bible, it’s the only Bible. One man told me, “If King James English was good enough for Jesus, it’s good enough for me.”

The problem is, the KJV suffers the same malady as the NIV84, TNIV, NIV2011, RSV, ESV, and every other popular translation of the Bible: They are flat. That is, Genesis reads like Psalms reads like Matthew reads like Ephesians reads like Revelation. Because they are translated flat, we read them as flat!

In contemporary translations, each book of the Bible reads the same as the last one and the next one. And that’s a problem! It’s a problem because Psalms are prayers and songs which partly served as the hymnbook of the Jewish people. Daniel and Revelation are apolcalyptic. Paul’s epistles are, well, letters. The gospels were written for various purposes to different audiences and their authors were trying to accomplish different things.

When the entire Bible looks, feels, and sounds the same, we are prone to misread it. When my daughter reads Harry Potter or Percy Jackson, she knows it’s not the same thing as reading the Wall Street Journal or NY Times (and, yes, she sometimes reads those). Likewise, a Jonathan Franzen novel is different from an NT Wright commentary. Both types of literature convey truth, but we read them differently because we know we’re supposed to. However, we struggle to do so with the Bible because our translations are stingy with clues that might otherwise tip us off as to what we are reading. 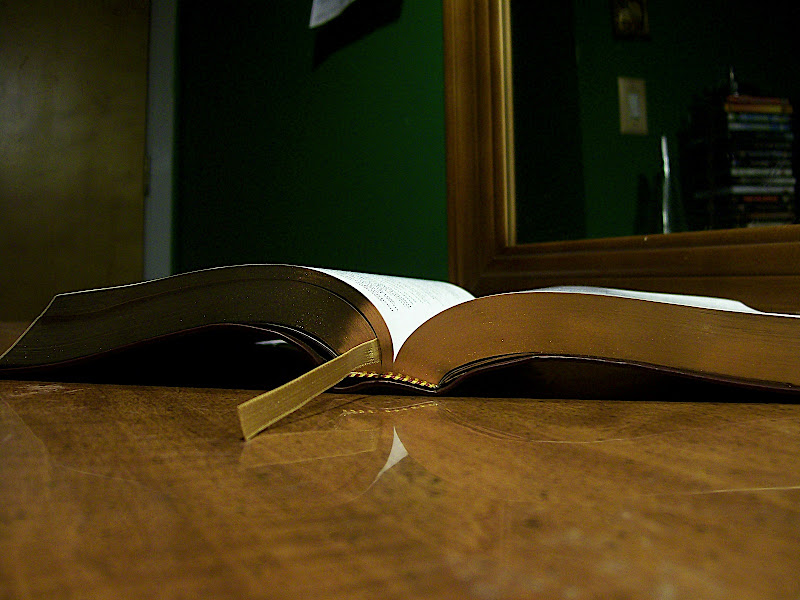 We hoped The Voice would unflatten the Bible.

Here’s how the typically Biblical translation process works: First, language scholars translate the ancient text. The more ancient the better. Then they fight about translating just the right words just the right way. Second, a wordsmith is brought in to smooth out the text and make it readable. Some versions side with more precision, while others tilt toward readability. The ASV, for instance, is the most literal translation, but is horribly awkward to read. The NIV is incredibly easy to read, but bows to less meticulous standards. Even though translation committees make different decisions, many make the same bad one: they force the Biblical text to sound robotic.

With The Voice, we turned the process on its head.

The Voice began with musicians, poets, pastors, and story-tellers retelling the Biblical narrative. Matthew’s gospel is written to Jews who had no intent on experiencing life outside of Judaism. Matthew deftly handles their religion, practices, and culturally significant moments. In The Voice, Lauren Winner, a Messianic Jew retold Matthew’s gospel. The Psalms were revitalized by musicians like Derek Webb, with some wierdos like me thrown in for fun. That’s how we re-told the Bible. Church planters retold Acts. Musicians wrote music. Story-tellers told stories.

After we did our work, the scholars got out their red pens, marked us through, and sent us back to the drawing board again and again. In the end, what The Voice turned out to be was a Bible that took social, spiritual, historical, cultural location, as well as, genre and purpose seriously. There’s no “commentary” version of The Voice because you don’t need 50 pages telling you a song is a song because now it sounds like a song (we even produced two CD’s of music called “Songs From The Voice, Volume I and II”).

To the best of our ability, we tried to unflatten your Bible. We tried to give you a better read; a richer experience.

Why is this important?

Unflattening the Bible allows us to get a better sense of what God was actually up to. Perhaps you’ve seen the movie trailers for the recent “Left Behind” film. Since there are plenty of theologically venerable denunciations of “Left Behind” and the vacant theology behind the series and movie, I won’t go into here except to say, “Left Behind” is the direct result of people reading Revelation as if it were one of Paul’s epistles. A flat reading of the Bible gives no hint that you’re not supposed to take dragons and seven seals literally and so on. Reading the Bible flat leads to interpretations which are dead wrong.

When the Scriptures become unmoored from the floor of standardization, pesky texts become less knotty. The first creation account in Genesis, for instance, can now be properly understood as something closer to a poem than it is a 21st-Century textbooks. We know that literarily the text does not exist to recount how and when God created humankind, but to illuminate that God did create humankind. If forced to read Genesis like we might read about Paul’s missionary journeys, with dates, times, names, and such, we would also be forced to defend historical documentation that simply isn’t there. That documentation isn’t there for a reason. Genesis is not Chronicles; its literary genre doesn’t care about certain types of documentation.

Loosening the bolts of the text from flat readings also allows us to explore the full-range of human experience. Think of Song of Solomon. While both Israel and the early church found a layer of meaning involving God and God’s church expressing love, fidelity, and mutuality for one another, on a simpler level, Song of Solomon portrays the passion of a woman and man for one another. Christians are slow to speak of passion. We prefer to take the heat out of what otherwise might be considered erotic. Song of Solomon functions well as both. The church is the bride of Christ, therefore, 3:11 functions theologically, but I’m quite certain some Christian marriages might benefit from the other overtures of the text. We should allow our lives to be informed by the full escapades of the Biblical text which are intended by her authors.

These are just a couple – maybe even provocative – ways reading a flattened text has misshaped the church and her expression in our culture. In these days of rapidly shifting mores, perhaps one of the chief aims of a relevant and real church is to see the Bible as the men who wrote it did. It is our turn to resurrect the rich contours, textures, and elevations of the Bible, so that our reading is as electric and transformative as it aspires to be.